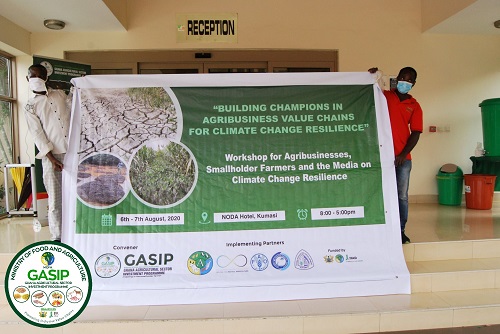 The workshop in Kumasi was the first among a series of training for the commercial busines partners and other stakeholders of GASIP. The workshop sought to empower participants to serve as climate change champions and focal contacts in terms of climate change issues at their respective operational areas.

The participants received tutelage on how to avoid bad farm practices affecting climate change and best methods they need to adopt to enhance their profession and productivity. 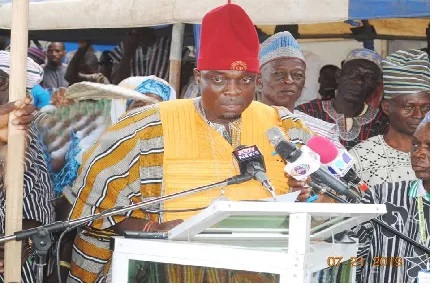 The Paramount Chief of Pulima and the President of the Pulima Traditional Council in the Sissala West District of the Upper West Region, Kuoru Osman Deiwia Nankpa III has called on government to make available farm inputs for farmers in the Sissala area to enable farmers have access as the peak of the farming season approaches.

According to Kuoru Nankpa, the major economic activity in the district is farming, and called on the governemnt to release farm inputs on time for farmers to start as the peak of the rains is about to set in.

He also urged the Forestry Commission to start public education on the causes, effects and the preventive measures of bush fires ahead of the dry season.

As part of efforts to enhance agricultural productivity and bring relief to farmers, the Government of Ghana is expected to spend a total of Two Hundred and Seven Million Ghana cedis (GHC 207million) in this year’s National Fertilizer Subsidy Programme across beneficiary regions in the country .

The Paramount Chief assured government of his traditional Council’s support to help curb the massive fertilizer smuggling from the area into Burkina Faso.